Sea freight from China to USA is a low-cost shipping method that is very popular with cross-border sellers.

The shipping routes of sea freight from China to USA

The route includes trade transportation routes from China, North Korea, Japan and the Soviet Union’s far east seaports to Canada, the United States, Mexico and other ports on the west coast of North America.

The route often arrives after passing the Hawaiian Islands north and south to the Panama Canal. Most of the ships departing from coastal ports in the north of our country go out to the East China Sea via the Osumi Strait or Ryukyu Amami Oshima.

Northwest Europe, North America East Asia-Mediterranean-Suez route is the busiest flight segment in the world. It is a shortcut for trade between North America, Northwest Europe and the Asia-Pacific Gulf region. The route generally passes through the terminal on the Azores, Madeira Islands.

The route is mainly operated by supertankers and is the world’s most important maritime oil transportation route.

The route can currently pass supertankers with a load of 300,000 tons.

The ports in the US Gulf of Mexico are also part of the US East Coast route. 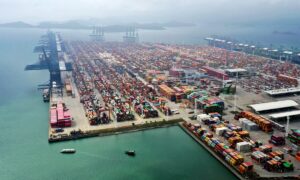 Time of sea freight from China to USA

Cost of sea freight from China to USA

The cost of sea freight from China to USA depends on the situation of your goods, such as the volume, weight, whether it is overlong, overweight, etc., and various factors such as sending it to a specific Amazon warehouse.

The operation process of FCL sea freight from China to USA

Quotation – Receipt of Power of Attorney – Booking and ordering of trailers – Picking up and loading containers – Customs declaration and release – Document handover – Issue of bill of lading – Collection of freight – Exchange of destination for delivery. 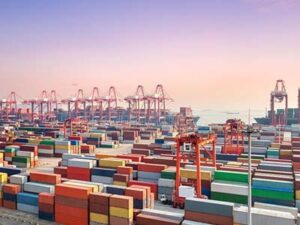 The operation process of LCL sea freight from China to USA

Most Convenient Term:D2D Shipping From China To USA – Xiongda

The best sea shipping agent from China to the USA